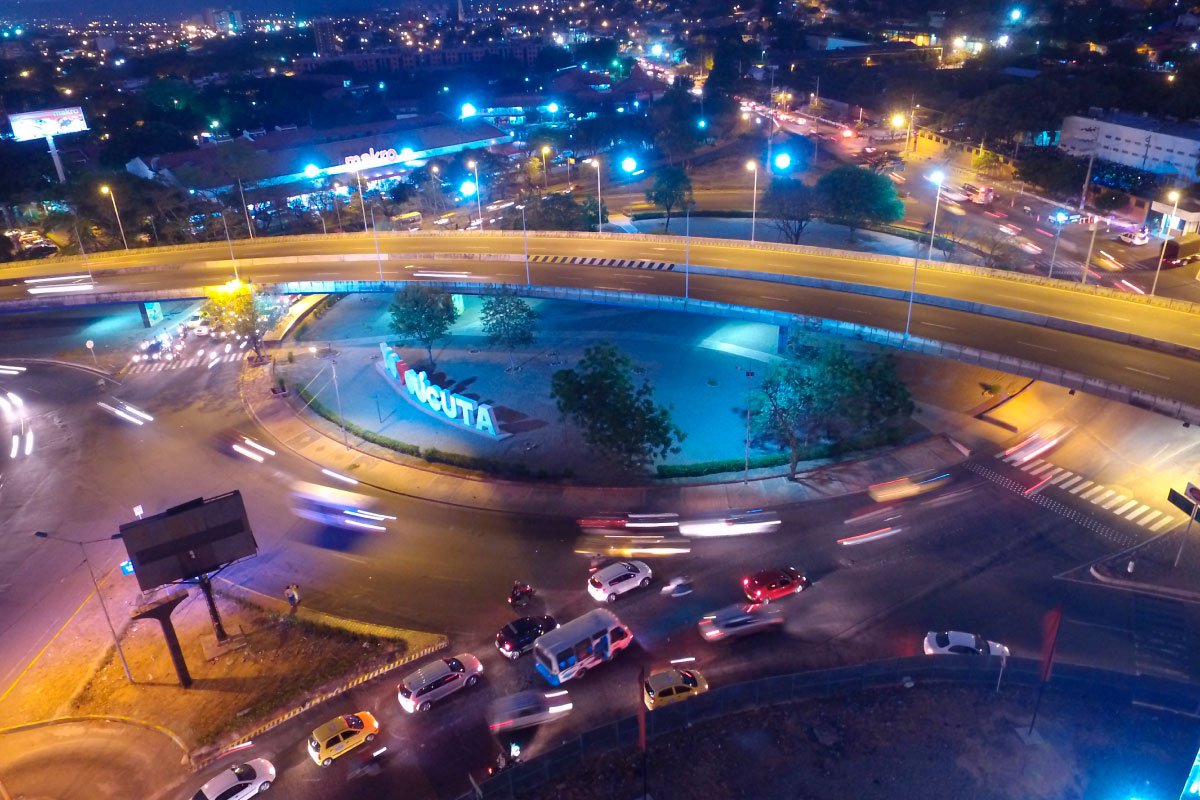 San José de Cúcuta is a Colombian city, capital of Norte de Santander department. It is located in the northeast of the country, in the eastern branch of the Colombian Andes, on the border with Venezuela. Also, Cúcuta grows on the banks of the Pamplonita River. San jose de Cucuta was founded on 17 June 1733 by Antonio Villamizar Pineda and Doña Juana Rangel de Cuellar.

Cúcuta, a warm and engaging(interesting) city 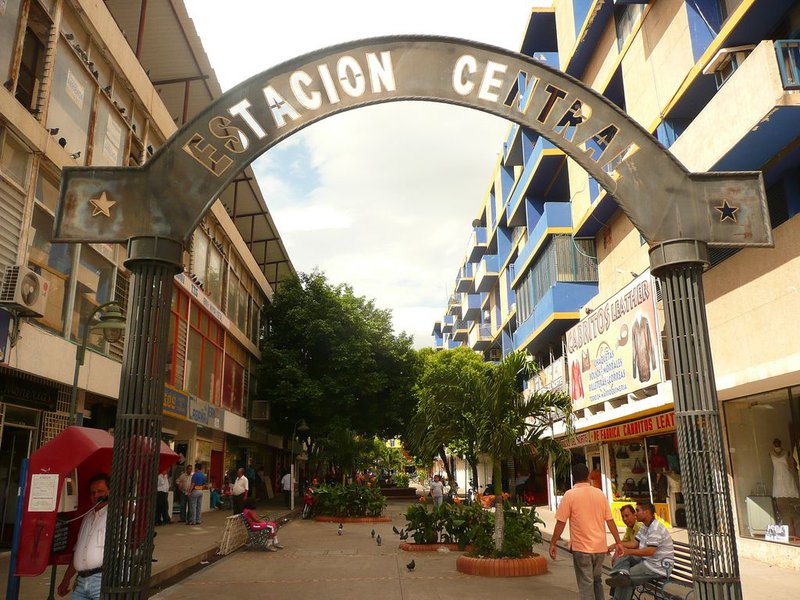 Weather: Warm. Average temperature is 27º to 33º Celsius. San José de Cúcuta, known as "the pearl of the north" due to its historical and cultural importance, has consolidated itself as one of the most welcoming cities in Colombia, due to its natural scenarios, the variety of tourist plans and the friendliness of its people.

Since its very beginning Cúcuta has been considered the most important land port in the country, thanks to its border location, which has allowed important commercial and industrial ties to the country of Venezuela.

A friendly and welcoming city, a warm and flourishing city; a joyful, warm and lively land. That’s why those who visit Cúcuta keep the best memories and leave eager to return. In Cúcuta it is easy to make friends because the cucuteños were born for friendship, their gift of people and hospitality make anyone feel at home and be attended to with all of the law. In Cucuta there is always a plan to have a good time, there is party, delicious food, beautiful places and an atmosphere that does not look like any other.

Cúcuta is feminine because it was founded by a woman and in this city all the women honor this beautiful land: they are beautiful, dynamic and enterprising. Visiting this beautiful corner of tourism in Colombia is a wise decision and a good decision that no one will regret because it is a place where fun, relaxation and history combine for the charm of visitors.

Natural surface of the indigenous Chitareros and Motilones on the banks of the Pamplonita River, refreshes your life with the breezes that your waters bring and that produce a deep breath and improve the mood to continue the march with a smile on your face and energy in the renewed soul. Cúcuta courteous and cordial also has a strong spirit and willing to do anything for his honor, Here came the first major battle of the newly formed patriotic army of Simon Bolivar and the victory achieved not only promoted the real possibility of the independence of Spain but also showed the great courage and courage of the cucuteños.

The national life of the Republic also took life and form in San José de Cúcuta because here the congress was held that outlined the main lines of the Gran Colombia.

This leprechaun house, meaning of its name in Aboriginal language, is gigantic in possibilities because its proximity to Venezuela gives to all its activity an enormous economic and cultural enterprise in which the tourism grows solidly and strengthens like an attractive place to visit because it counts with all necessary for this: infrastructure, beautiful landscapes and a unique nature that captivates and captivates.

Come to Cucuta and sow a tree to continue the tradition of each family, a custom that was born after the earthquake of 1875 and that has lasted until today and that has earned it the title of green city due to its quantity of planted species.

Visit the Malecón of the Avenida Libertores near the Pamplonita River and in more than 8 kilometers you will find bars, restaurants, discotheques and all the fun that the body demands. Walk peacefully through its parks called Santander and Bolívar and breathe peace and tranquility. Enjoy the colonial churches and museums where the history of the region will transport you.

Savour a turmada, morcilla or a hallaca and find the taste of a place that enchants for its natural and human beauty, a place that has all the best of a great tourist destination.

Travellers arriving in the capital of Norte de Santander do not miss walking along the boardwalk to cool off with the breeze blowing from the Pamplonita River, or to tour the wide platforms of Avenida Zero. Nor does it take a short trip to the neighboring municipality of Villa del Rosario, where General Francisco de Paula Santander, President of Independence and first President of the Republic, was born.

Enjoy the panoramic views of the hill of Cristo Rey and follow the traces of the birth of the Republic in the municipality of Villa del Rosario are part of the program of those who arrive in Cúcuta.

ROAD THROUGH THE MALECÓN 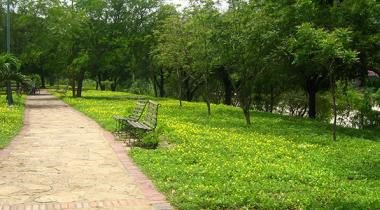 Although Cúcuta has no sea, it has the boardwalk, a pedestrian path of four kilometers that is known as “Paseo de los próceres”. Along the road, which borders the Pamplonita River and runs parallel to Los Libertadores Avenue, visitors find restaurants and can walk through gardens under the shade of dozens of trees. 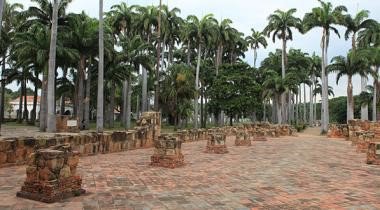 To learn about the origins of the Republic you can travel five kilometers from Cúcuta to the south to Villa del Rosario. In this city the travellers find the historic complex -declared National Monument in 1971- made up of sites such as the birthplace of General Francisco de Paula Santander and the ruins of the chapel of Santa Ana, where this man was baptized on April 13, 1792 .

VISIT THE MONUMENT TO CHRIST KING 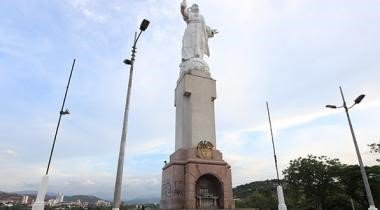 A good place to appreciate panoramic views of Cúcuta is the hill Cristo Rey, on which rises a statue of Christ that measures forty meters. The base of the monument, which was made by the artist Boyacense Marco León Mariño, is reached after climbing 82 steps. This area is frequented by people who take advantage of the strong winds of July and August to raise kites. 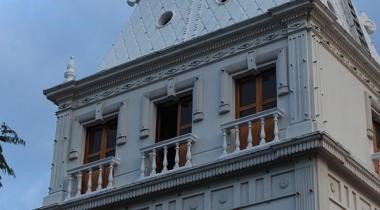 The hour of art

The figure of the Clock Tower is an icon of Cucuta. This site, which is the seat of the Secretary of Culture and Tourism of Norte de Santander, is home to cultural expressions such as plays and have a museum of modern art in which temporary exhibitions are held. The silhouette of the tower stands out especially at Christmas, when it is illuminated. 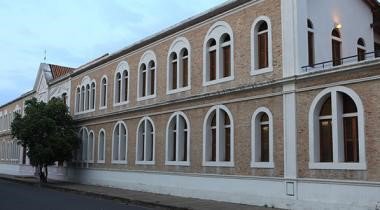 With an area of 10.000 m2, distributed on two floors, the Julio Pérez Ferrero Public Library inaugurated on August 7, 1919 has a play center, children’s library, historical archive and computer rooms, among other spaces. One of its treasures is a 326 page book, printed in Germany in 1493: it is written in Latin and was donated to the city by former president Marco Fidel Suárez in 1924.

Attractions and nearby activities

Enjoy the panoramic views of the hill of Cristo Rey and follow the traces of the birth of the Republic in the town of Villa del Rosario are part of the program of those who arrive in Cúcuta.

VISIT THE COLUMN OF BOLIVAR 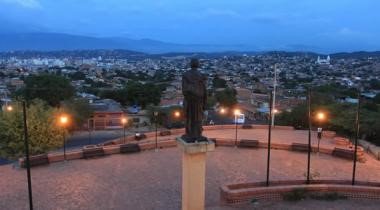 Legend says that on the rock that served as a base to raise the column commemorating the Battle of Cucuta, the Liberator Simon Bolivar watched the combat and encouraged his troops. The battle, which took place on February 28, 1813, marked the beginning of the so called “ campaña admirable”, which would reached its highest point a few months later with Bolivar’s victory in Caracas.

VISIT THE CATHEDRAL OF SAN JOSÉ 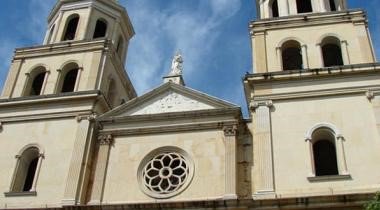 The most important Catholic church in Cúcuta is the Cathedral of San José. It stands out for hosting the images of Our Lady of Cucuta and San José, these were not destroyed by the earthquake of 1875 that brought down the small temple existing in the place. The statues of San Pedro and San Pablo, almost three metres high and carved in marble.

WALK THROUGH THE PARK SANTANDER 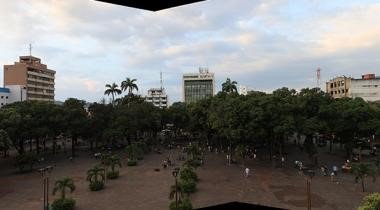 In the centre of Cúcuta

Opposite the Mayor of Cúcuta and the Cathedral of San José is the Parque Santander, in whose center stands a bronze statue of Francisco de Paula Santander, known as ‘the man of laws’. This place was the main square of meeting and served as a stage of the public market and of some bullfights before 1875, year in which an earthquake destroyed much of the city. 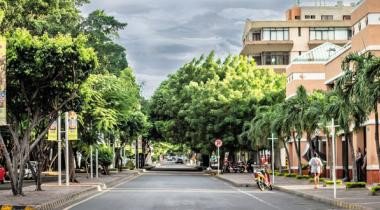 Zero Avenue is the most touristic street in Cúcuta. Travellers can find restaurants, shopping centres and banks , among other establishments. An ideal plan to capture the essence of this city is to walk along the wide platforms of this avenue and sit down on the benches that are protected by the shade of the trees.

What to eat in Cúcuta?

Corn is present in typical dishes of Cúcuta and Norte de Santander like tamales and hallacas. Here you drink Masato, a rice drink, and you eat a sweet that is prepared with goat’s milk.

You have to prove them!

The hayacas, which are wrapped in leaves of Bijao or of banana; the pastries –some fried scones–, and the mute, a soup with several meats, give flavor to the typical food that is served in Cúcuta. 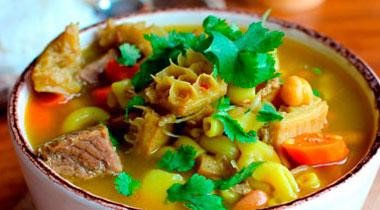 This soup is prepared based on grains such as corn, beans and chickpeas 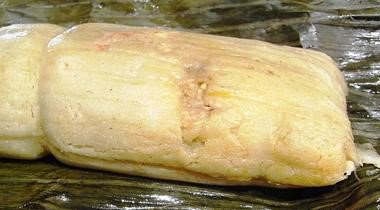 The hallaca is a corn dough stuffed with meat stew, bacon, chickpeas, olives and capers, among other things. It is wrapped in banana or bijao leaves - a plant. 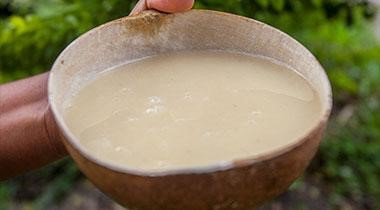 Masato is a drink made with white rice, sugar, cloves and yeast, among other ingredients. 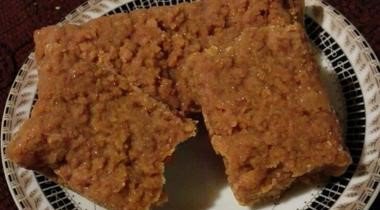 Slices of goat's milk are prepared with brown sugar and lemon juice. 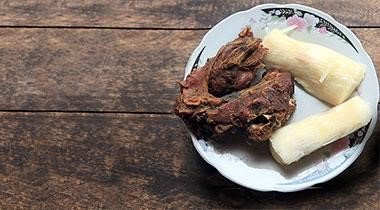 The kid should not be older than 4 months. It can be prepared baked, roasted or sweaty. 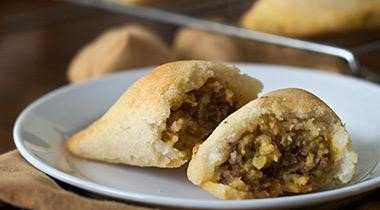 The cakes are round fried buns that are eaten for breakfast, mainly. They are made from corn with a mixture of rice, chickpea, cassava and chicken or beef.